History of the Church – First Churches 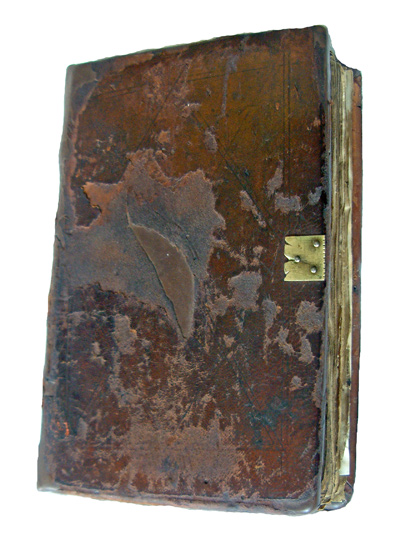 The book in the photograph on the left is the Registrum Vetus Ecclesia Glasguensis – Latin for the Old Register of the Church of Glasgow. It is a chartulary of documents belonging to the medieval Diocese of Glasgow between the twelfth and fifteenth centuries, making it over 800 years old. Within it, folio 48, from the year 1226, contains the earliest known reference to a Catholic Church in Ardrossan. Titled ‘De Ecclesiis de Ardrossan et de Dalri’, it describes an agreement between the Archbishop of Glasgow and the Abbot of Kilwinning whereby the Archbishop granted the Abbot a pension payable from the Church of Ardrossan. Folio 48 can be seen under Registrum Vetus on the Pictures page. The Registrum Vetus is held in the Scottish Catholic Archives in Edinburgh.

The National Archives of Scotland is also located in Edinburgh. Its mission is to preserve, protect and promote the nation’s records and provide the best possible inclusive and accessible archive that educates, informs and engages the people of Scotland and the world. Among its many documents is one dated 12 March 1438 and described as a ‘Charter granted by John Lokhart, Lord of Barr, with the consent and assent of Robert Lokhart, his son and heir, to a Chaplain to celebrate three masses weekly at the altar of Saint Peter in the parish church of Ardrossan for the health of his soul and that of his wife, and the souls of their ancestors and successors and of all Christians, of 5 merks of annual rent to be payable yearly from his lands of Barr and of Newtoun, lying within the bailliary of Walteris Kyle within the sheriffdom of Ayr; to hold to the said chaplain in pure and perpetual alms and if the said John should fail in payment of the said annual rent, he constituted Alexander of Mungumry, knight, his lord of Ardrossan and William of Cunynghame, Lord of Glengarnock and their heirs as procurators, to seize all his goods, both moveable and immoveable and to apply them in payment thereof’.

The website author has had the privilege of holding and reading both Registrum Vetus and the John Lokhart Charter.

The Royal Commission on the Ancient and Historical Monuments of Scotland (RCAHMS) is responsible for recording, interpreting and collecting information on buildings, sites and ancient monuments of archaeological, architectural and historical interest. Its Canmore database contains three reports on the Old Parish Church and Graveyard on Castle Hill, known locally as the Cannon Hill. The RCAHMS reports state:

1950
Ardrossan Church originally stood within its churchyard on Castle Hill; its foundations are still visible. It was blown down by a violent storm in 1691. In it were altars to Saint Peter and the Virgin Mary. It was excavated in 1911 when it was shown to be a long, oblong building, its chancel of the same width as the nave, above which it was raised by three low steps, placed at wide intervals. Considerable areas of stone paving remained. A stone coffin, with a carved lid, was found within the Church, near the north wall. It was removed to the vestibule of the Municipal Buildings. A thirteenth century date is suggested for it.

7 September 1956
The foundations of this Church can be traced, measuring 19.5 by 7.8 metres. The grass-covered floor lies 0.5 metres below the top of the wall which is 0.2 metres high externally and 0.9 metres broad. The masonry is of ashlar. There appear to be two entrances in the south wall, each having a step leading down in to the interior. There are also two small breaks in the north wall; their purpose could not be ascertained as they seemed too narrow for doorways. The churchyard wall has been removed and the whole area is an open park. A few gravestones still exist, one dated 1662 and some of eighteenth century date.

13 October 1982
There is no change to the previous report. The stone coffin is now displayed in the North Ayrshire Heritage Centre, Saltcoats together with leather fragments said to have been found in the coffin. 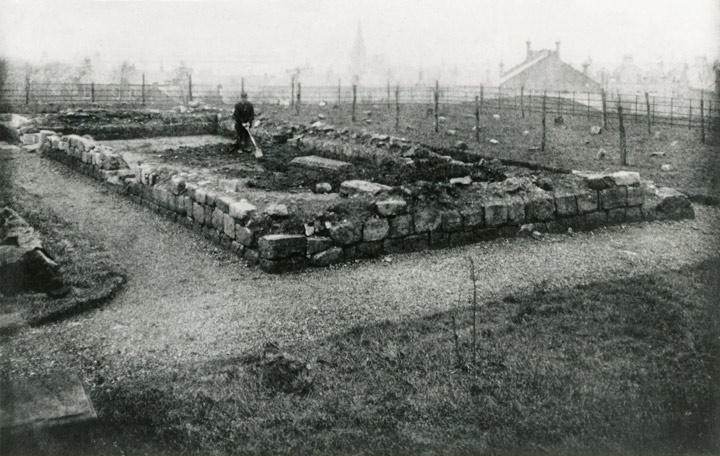 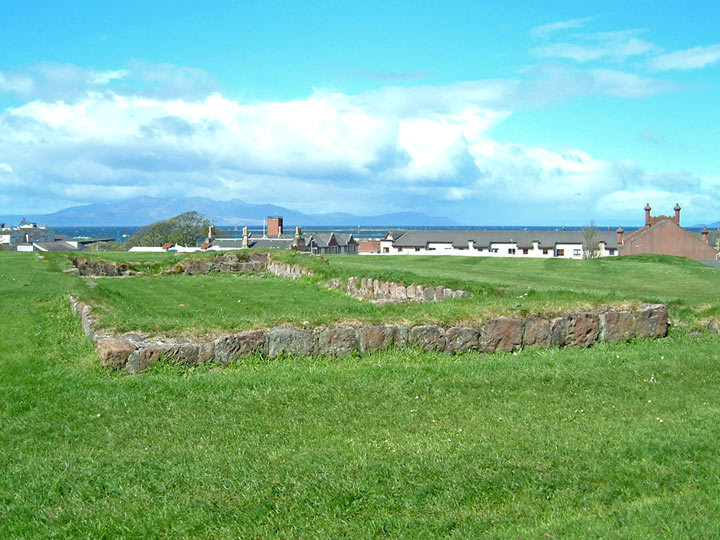 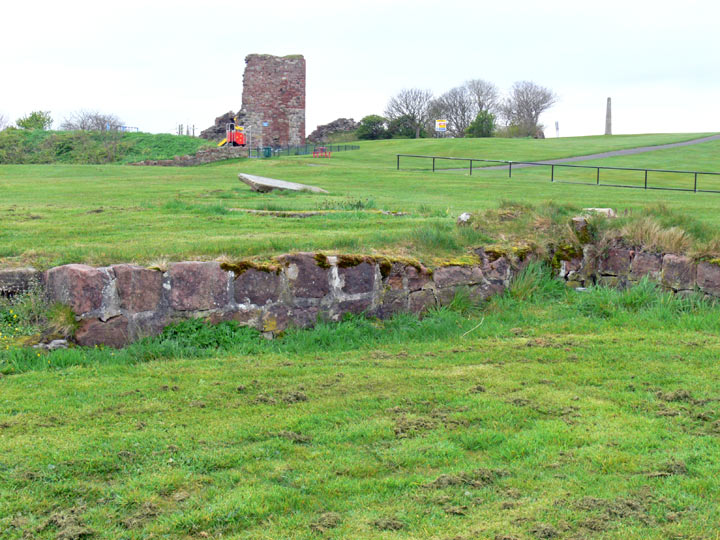 The photograph to the left was taken from ‘inside the Church’ in 2012.

In the mid nineteenth century, there were only two permanent Catholic churches in Ayrshire. They were in Ayr and Kilmarnock. In 1851, a new church was built in Dalry. It was administered from Saint Mirin’s Church in Paisley and served the Catholic population of Dalry, Glengarnock, Kilwinning, Stevenston, Saltcoats, Ardrossan and West Kilbride. Over the next few years, several more churches were built. These were at Saltcoats in 1853, Kilbirnie in 1862, Irvine in 1862, Largs in 1869, Kilwinning in 1872 and Stevenston in 1905. When another new church opened in West Kilbride in 1907, Ardrossan was the only town in its locality without its own Catholic church.

In 1916, to commemorate the Golden Jubilee of the opening of Saint Mary’s Church, Saltcoats, a booklet, called ‘History of the Catholic Church in Saltcoats’ was published. It stated that in the early 1850s, Mass was said in Saltcoats every six weeks by Father Thompson of Ayr or Father Wallis of Cumnock who rode over on horseback on a Sunday and celebrated the Holy Sacrifice for the faithful few who gathered in the old loft in Bradshaw Street. Saint Mary’s Church opened in Saltcoats on 13 April 1856 under the stewardship of Father William Hallinan who had the title Parish Priest of Saltcoats and Ardrossan. As well as performing his pastoral duties over a very wide area, Father Hallinan would go – usually on foot – to Kilwinning on Sundays to say an early Mass then return to Saltcoats for another Mass at midday. In the early 1900s when Father Patrick Ryan was the Parish Priest based in Saltcoats, the work of the four Parishes of Stevenston, Saltcoats, Ardrossan and West Kilbride had to be performed by the one priest at Saltcoats. Mass was said once a month in West Kilbride and on that Sunday, Saltcoats had only one Mass. In October 1901, Father William Keogh was appointed to Saltcoats as its first curate. Stevenston, whose Catholic population had increased by leaps and bounds, was now making such heavy demands on the priests of the Parish that it was considered the time had come for it to be established as a separate Mission and so on 2 July 1905, Saint John’s, Stevenston was opened. Father Ryan, during his pastorate of Saltcoats acquired the site for the building, superintended its construction and as Father Hallinan was the founder of the Mother Mission at Saltcoats, so was Father Ryan the founder of its offspring, Saint John’s, Stevenston. In 1907, Father Francis Cronin, then Saltcoats Parish Priest, procured the ground and had plans drawn out for a Church in West Kilbride. On Father Cronin’s transfer, his successor, Father William Carmichael took over the supervision of the construction and Saint Bride’s Church opened on 3 May 1908. The first Mass was celebrated by Father William Keogh of Saltcoats.

Between 1926 and the opening of the Church of Saint Peter in Chains, Sunday Mass in Ardrossan was said in the Assembly Hall in Bute Place off Princes Street, by courtesy of its owner, Harry Kemp. The Hall was the large building in the centre of the photograph below, taken in 1974. The first Mass in the Hall, and indeed the first Mass in Ardrossan since the seventeenth century, was celebrated by Father Robert McCliment, a native of the town. Children’s devotions were held on Sunday afternoons. 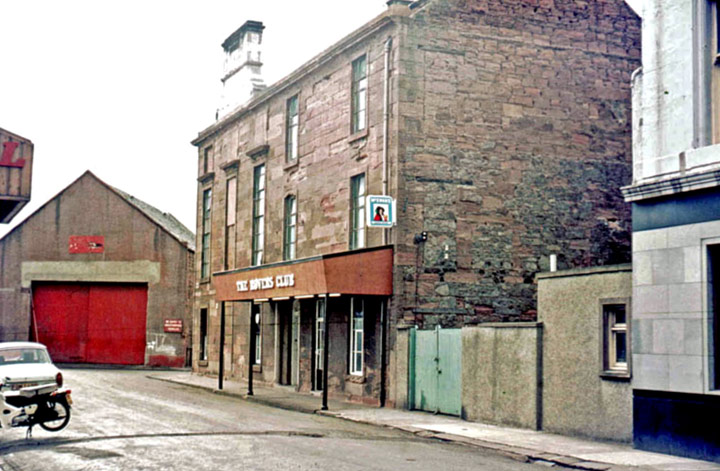 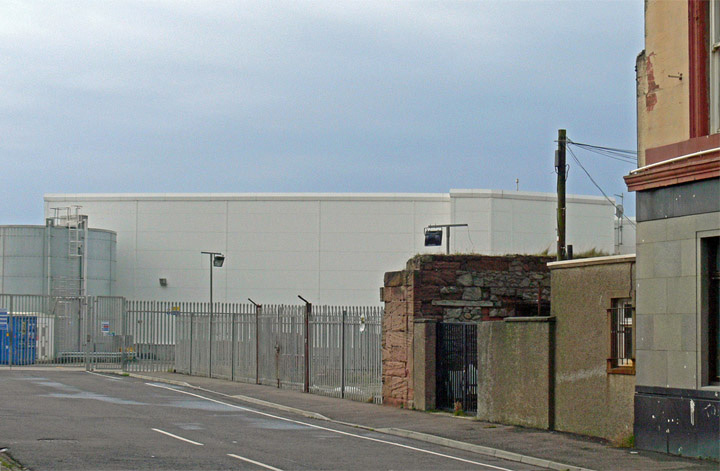